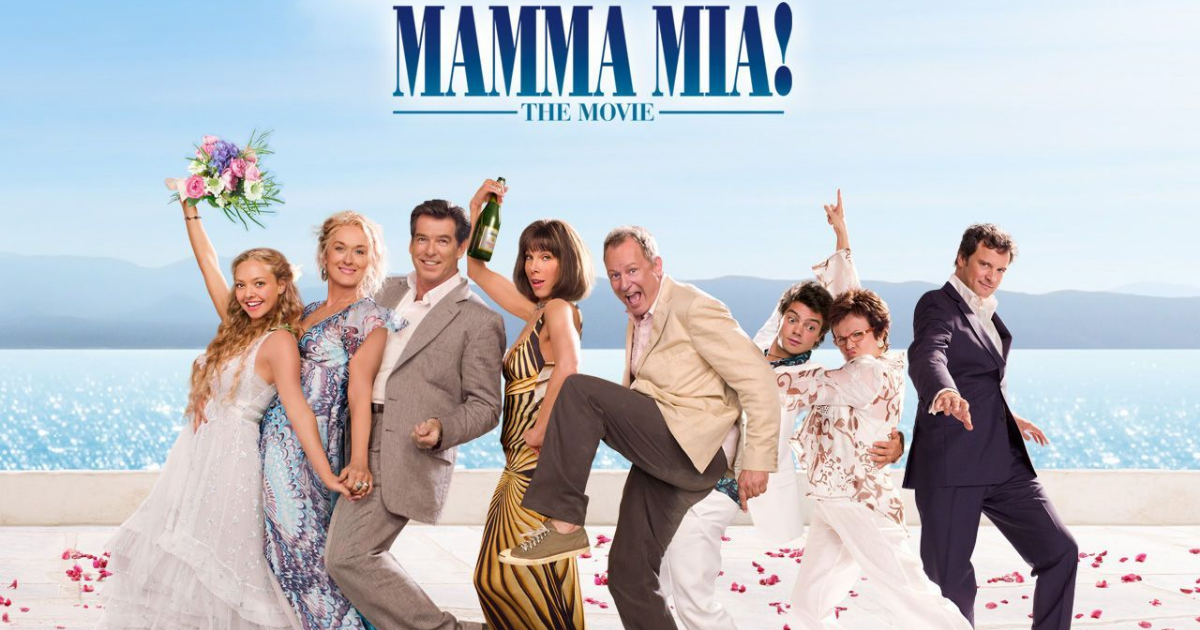 Set on a colourful Greek island, the plot serves as a background for a wealth of ABBA songs. A young woman about to be married discovers that any one of three men could be her father. She invites all three to the wedding without telling her mother, Donna Sheridan (Meryl Streep), who was once the lead singer of Donna and the Dynamos. In the meantime, Donna has invited her back-up singers, Rosie Mulligan (Dame Julie Walters) and Tanya Wilkinson (Christine Baranski).